Skip to content Skip to menu
Welcome to my life. Normally I'd offer you some tea or banana bread or something, but this is the internet and it doesn't work that way. 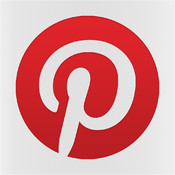 Things I Talk About A Lot

Not long ago I wrote (and by wrote I mean blog ranted) about, among other things, the fact that I find with-holding something from a child until they “say the magic word” demeaning and disrespectful.  I had a friend later ask me something about it which made me realize I may have come across wrong so I thought I’d explain what I meant.

My child needs to be polite to you.  And I am in no way against children saying please.  What I take issue with is treating kids like dogs that we’re training, all in the name of “teaching them manners”… a set of manner which won’t even be applicable to them in adulthood no less.

How often do you really say please?  Probably not super often.  But how many times do you ask for things politely?  Hopefully on a regular basis.  My point is that being polite and having manners do not hinge on that one specific word, nor should they.

If you’re eating a big bag of chips and I want some I’ll most likely ask you politely, “Hey, can I have some?”  Assuming you say yes I will not then continue to ask you every time I grab a subsequent chip, it’s not necessary, we’re sharing the chips now.  If anything I’ll make some twitchy motion that indicates I want you to point the opening of the bag back in my direction, but I definitely wouldn’t say “May I please have another chip?” every single time… because that would be really freaking weird.  While I didn’t say please I doubt anyone would find that interaction impolite or rude.

The situation I referenced in the other post was like the one above except it was my daughter asking for the chips from another adult.  Everything about her interaction with the adult was completely polite but instead of it unfolding like I described above every time she went in for another chip the adult would hold it just out of her reach and say “Say Please.”

I remember in elementary school a big kid holding a book just out of reach of a shorter kid.  We all just called him a bully.

Now, there have been plenty of situations where I’ve been the one holding the chip bag and a kid has come up demanding “I need that!”, “I want that!” or “Give me that!” and my response has been the same as it would be if anyone else regardless of their age said that to me, “Uh, no.  Try asking nicely.”  (Actually, if it was an adult my response would probably be “Go f— yourself.  Try asking not like a douchebag.” but admittedly some allowances do need to be made when talking to children.)

Kids don’t have the right to act like little monsters without us calling them out on it, but there is also no reason why they need to be held to a standard that we don’t hold ourselves or anyone else to.

You have the right to expect polite behavior from my child.  On that same note you have the right to expect polite behavior from me, and my husband, and your next door neighbor, and the guy with the weird emo haircut at the grocery store.  And we all have the right to expect the same from you.  Children need to be polite, not because they’re talking to adults but because people need to be polite when they’re talking to other people.  We, as adults, need to teach them to be polite so they can grow up to be decent people who treat others appropriately, not so they can perform some neat tricks that will impress people older than them right now.  And it’s going to be a lot easier for them to learn if they experience us treating them and witness us treating each other with that same respect and polite behavior we expect them to grow up and emulate.

11 thoughts on “The importance of manners”